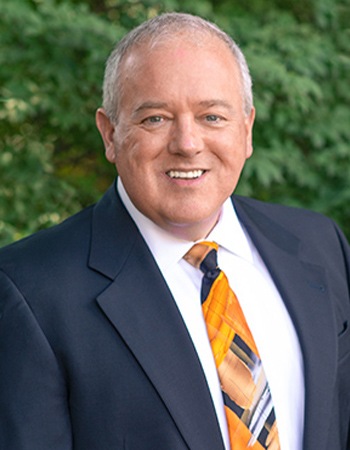 Dr. Cordes has been straightening smiles for patients in need for well over two decades so far, and there’s nothing he enjoys more about his work than watching a person’s self-confidence bloom as their teeth slowly move into the ideal alignment. He loves being able to meet a patient who refuses to smile and help them reach a point where they can’t stop smiling instead! If you’d like to learn more about him, just continue reading below.

Why Did You Decide to Become an Orthodontist? 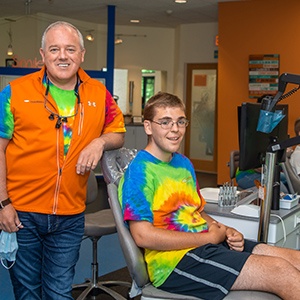 At the age of nine, Dr. Cordes knocked out his front tooth while sliding down a hill in winter – in fact, it happened at his birthday party! It was the first run of the party, and he was laying down on a runner sled and ended up colliding with a person who, to this day, is still his oldest and closest friend. His father packed the tooth into a snowball and brought him straight to the dentist’s office on a Sunday. His dentist re-implanted the tooth, and it lasted another 15 years before being replaced by a bridge and then an implant. That compassionate care was what first inspired him to consider the field of dentistry as a career.

A little later, in sixth grade, Dr. Cordes actually created a ceramic tooth as an art project – by then, he knew he wanted to become an orthodontist in particular. He still has that childhood creation today, and it sits on his office windowsill, symbolizing that dreams, determination, and hard work really do pay off in the end.

Where Did You Study Dentistry?

After attending Boston College, Dr. Cordes immediately enrolled in The University of Connecticut School of Dental Medicine. After the completion of his first year, he took one year off while remaining at the dental school to complete research. The Dean tried to encourage him to do a joint DMD/PhD program, but his true interest was treating patients. Upon the completion of his doctorate, he was invited to stay at the university and complete a three-year specialty program in orthodontics while also earning a Master’s in Dental Science. This residency program was extremely competitive, but he was able to secure a spot – that year, there were 200 applicants for only four positions!

Today, Dr. Cordes regularly attends continuing education seminars and also teaches courses about orthodontics. He is an Assistant Clinical Professor at The University of Connecticut School of Dental Medicine. He really enjoys this work because the residents keep him on his toes by asking questions, and he is able to learn from them in turn about the latest orthodontic research they’re pursuing.

Outside of the Orthodontic Office, What Do You Like to Do? 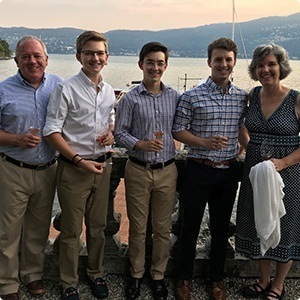 Dr. Cordes is happily married to his high school sweetheart. They have three sons together, all of whom have started non-profit organizations where they devote their unique talents towards benefitting pediatric patients at Baystate Medical Center and The Shriner’s Hospital! He loves living and working in Western Massachusetts/Northern Connecticut because of the four distinct seasons – he has more hobbies than his free time permits. In the summer, he goes paddle boarding every morning and cycles with his wife in the spring and fall on the beautiful New Haven to Northampton Rail Trail. In the winter, the family skis together all over New England. You can also often find him tapping maple trees and making syrup. Yoga is also a big interest for him all year long.

Before any of that, though, Dr. Cordes is a proud dad and husband first. Since the kids are now in college, he and his wife spend much of the weekends on the road, visiting them at school, dropping off goodies from the grandparents, and yes, even picking them up for the weekend with their dirty laundry.